Last week, App Annie released a report revealing that mobile ad spend will reach $290 billion in 2021, while Appsflyer published a report saying that the demand for mobile games rose by 45% worldwide in 2020.

When it comes to major product updates, last week, Twitter rolled out updated carousel ads to let advertisers boost app installs, while WhatsApp started rolling out a new shopping button globally. Facebook’s Instagram has moved the Reels and Shopping tabs to the Home Page and Netflix started to test TikTok-like new feature ‘Fast Laughs’ consisting of clips of 15 to 45 seconds of comedy clips drawn from its full catalog.

Last week, in the gaming side, Among Us saw 217 million downloads globally on mobile, while MiHoYo reportedly fixed the issue of disclosing users’ phone numbers.

Apple announced a deadline of December 8, 2020 for app developers to submit their app’s privacy information to App Store Connect.

This information will be required to submit new apps and app updates to the App Store to give customers better understanding of the data types apps may collect and “whether that data is linked to them or used to track them”.

According to Sensor Tower, well known mental wellness apps on the U.S. Google Play and the App Store saw a boost in first time downloads and daily active users during the presidential election.

”Together, Spotify and Megaphone will offer podcast publishers innovative tools that will help them earn more from their work. This includes the opportunity to opt in to have their content monetized, matching their loyal listeners with even greater demand from advertisers.” said the company in the blogpost.

PUBG Corporation announced on Thursday that it will return to India in a new avatar.  Last week, Techcrunch reported that PUBG Mobile, which Tencent officially shut down last week in India due to Indian government’s ban, was plotting to return to India.

The company generated $2.6 billion in net revenues during the six months ended September 30th. However, its gross profit is $865 million for Q2 and $2 billion for H1 FY21. 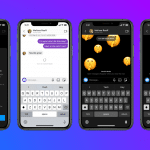 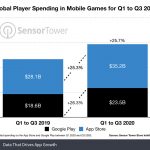