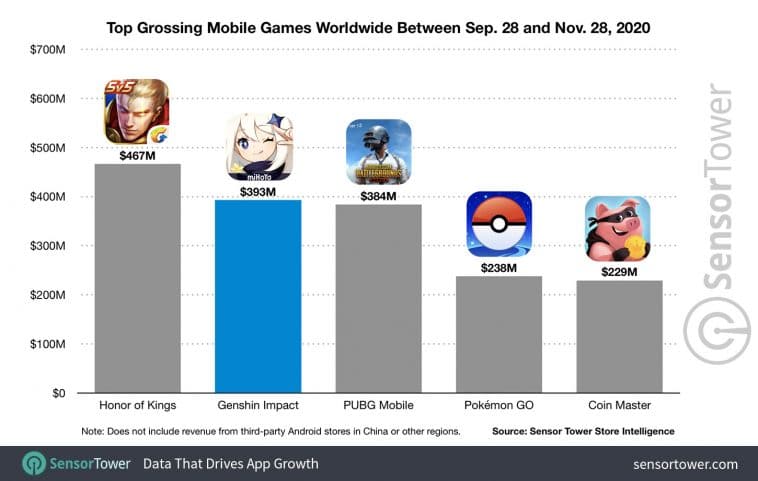 The Breath of the Wild-inspired title of the Chinese developer was first launched on September 28th 2020, and miHoYo has been reportedly making $6 million a day from Genshin Impact.

During its first week, Genshin Impact generated over $60 million and it rose to $100 million by the end of its second week. Furthermore, the game generated $245 million from player spendings in its first month and another $148 million in its second month.

According to Sensor Tower data, the most lucrative market during the first two months of Genshin Impact was China where the game generated around $120 million which equals to 30.5% of its total revenue.

Since its launch in September, Genshin Impact has been the 5th top grossing mobile game in China, Japan, the U.S. and also in South Korea.

Genshin Impact has been recently chosen as the Best iPhone Game of the Year by Apple and it is also the winner of the 2020 Best Android Game Award presented by Google Play.

Check out all the winners of App Store Best of 2020.

Check out all the winners of Google Play’s Best of 2020 Awards. 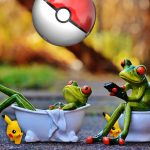 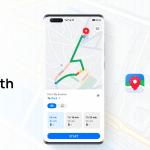