Announcing last week that it is selling its mobile advertising platform MoPub to AppLovin for $1.05 billion in cash, Twitter announced on Tuesday the changes it has made to App Installs, which allows app developers and advertisers to run app download ads, and the features it’s already testing.

The San Francisco-based company said in a blog post that ads promoting downloads for mobile games and other apps will now allow users to initiate downloads without leaving the Twitter app. Previously, users had to leave Twitter to install other apps.

Saying that it has made significant progress towards achieving a high-performance App Installs goal, Twitter underlined that it has invested heavily in supporting SKAdNetwork to drive user acquisition after App Tracking Transparency.

“Our work here allowed us to open up over 30%+ more inventory and scale on iOS after enabling privacy-preserved measurement. We then quickly launched support of view-through attribution and SK-campaign ID management features in Twitter Ads Manager, in addition to updated optimization models,“ the company said.

Twitter also announced that it is actively planning and testing for the ‘next iteration’ of App Installs, including more unique formats to engage audiences and updated optimization models.

The company is also working on new post-install products, such as In-App Purchase Optimization, which would let marketers run campaigns focused on finding people more likely to make in-app purchases.

The new ad features come as Twitter looks to grow its performance advertising biz, a strategy that aims to generate sales quickly and accounted for only 15% of Twitter’s business last year. 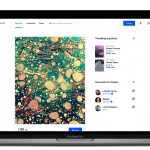