The Santa Monica, California based company has a portfolio of some of the strongest franchises in all of entertainment, developed by the incredibly talented teams at Activision Publishing, Blizzard Entertainment, King Digital Entertainment, Activision Blizzard Studios, Major League Gaming, and their independent studios, including Toys for Bob, Infinity Ward, Sledgehammer Games and Treyarch.

In the second quarter, King had 271 million MAUs (down from 273 million in the previous quarter but up 5% from a year ago). The company reported that Candy Crush’s MAU grew double-digit percentage YOY.

King announced that they will launch a mobile game, Crash Bandicoot, On the Run.

In the second quarter, Blizzard had 32 million MAUs (flat from the previous quarter).

The company says World of Warcraft® reach and engagement once again increased sequentially, as shelter-at-home conditions further boosted the franchise’s strong trajectory. The Shadowlands expansion saw an enthusiastic response from players in its public testing, with pre-sales accelerating even further ahead of its release in the fourth quarter. Franchise engagement is the highest in a decade at this point ahead of an expansion.

In the second quarter, Activision had 125 million MAU, up from 102 million in the previous quarter.

The company reported that In the first full quarter since Warzone launched, hours played in the Modern Warfare® universe increased eight-fold year-over-year, driven by both existing and new players.

According to Venturebeat, the free-to-play Call of Duty Mobile saw sequential quarterly growth in engagement and player investment, benefiting from both shelter-in-place and updates for seasonal content and gameplay improvements. The game released three seasons in Q2 and each generated more net bookings per day than the prior.

On October 2, Activision is releasing Crash Bandicoot 4: It’s About Time, the first original Crash Bandicoot title in decades. The remakes of Tony Hawk Pro Skater  and its sequel will be coming in September.

It’s About Time ⏰ for a brand-wumping new #CrashBandicoot game! 🤪 Crash fourward into a time-shattering adventure in Crash Bandicoot™ 4: It’s About Time. Available October 2, 2020 on PlayStation 4 and Xbox One. Pre-Order Now. pic.twitter.com/bFtrnnFahR 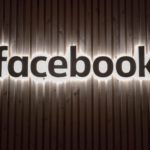 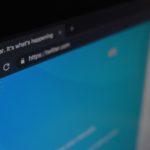