As reported by the New York Times, the sources who wanted to remain anonymous said that the discussions between the companies are still in progress. However, the price of the possible acquisition deal couldn’t be learned.

VSCO, one of the most popular photo editing apps with over 100 million registered users, has raised $90 million in a recent funding. It was last valued at $550 million.

While Pinterest declined to talk about the acquisition rumors, Julie Inouye, a VSCO spokesperson, said: “We’re always meeting with different companies across the creative space at any given time and do not discuss rumors or speculation.’’

Check out our most up-to-date mobile marketing news. 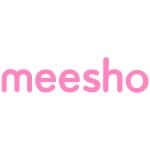