Google has added the ‘App install optimization’ feature to its Play Store in order to speed up app installation & opening time and optimize the use of device CPU, battery, and storage.

When you turn on the App install optimization feature on Play Store, the company will collect and examine data on what kind of interactions you have with a new app you installed or what parts of the app you accessed when you first open it.

Google will use this data which will be combined with that of other users to determine the most common user behaviors and the most important parts of an app.

‘’When you turn on app install optimization, Google can tell which parts of an app you use the first time you open it after installation. When enough people do this, Google can optimize the app to install, open, and run faster for everyone.’’

The company said that the feature won’t collect any of your personal information such as your name or email address and ‘’doesn’t look at anything outside of the app, such as other apps or content on your device.’’

‘’It also doesn’t collect information about content uploaded or downloaded in the app, such as images in a social feed, or rankings on a leaderboard.’’

Meanwhile, you’ll be able turn off the ‘App install optimization’ feature by navigating to your Play Store settings. However, ‘’your apps can still benefit from data gathered from other people’’, the company said. 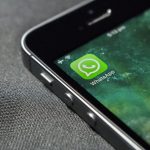 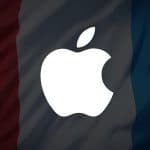