The popular dating app Bumble was reported by Bloomberg to file confidentially for an IPO. We first covered the IPO plans of Bumble back in September.

Bumble is planning to IPO in February, according to Bloomberg. Bumble, backed by the Blackstone Group Inc., could seek a valuation of $6 billion to $8 billion in an IPO, Bloomberg News has reported. The firm is working with advisers including Goldman Sachs Group Inc., Citigroup Inc.and Morgan Stanley, people familiar with the matter have said.

Bumble’s officials have not yet commented on the matter.

At the end of 2019, Andrey Andreev sold the majority stake in Bumble to Blackstone Group in a deal that valued the company at $3 billion. According to Sensor Tower, Bumble was the second highest earning dating app worldwide after Tinder for June 2020 with more than $16.5 million in gross revenue. Around 76% of Bumble’s revenu was from the United States. 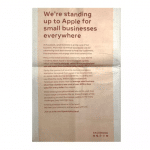 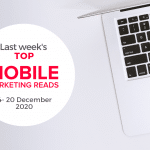