AppLovin, first announced that it had entered into an agreement to acquire mobile ad platform MoPub in October, has closed the acquisition.

As per the agreement, AppLovin purchased MoPub from Twitter for  $1.05 billion in cash. MoPub was acquired by Twitter  in 2013 for $350 million.

Currently used by 45,000 mobile apps to manage their monetization and reaching 1.5 billion addressable users worldwide, MoPub generated $188 million in revenue in 2020, according to Twitter.

As promised during the announcement of the deal, AppLovin has already included most of the major features from MoPub into its unified SDK for MAX.

“MAX’s robust features and expansive set of bidders and buyers have already been enhanced by MoPub’s set of demand and supply-side features. More than 150 DSPs now have direct access to the new AppLovin Exchange (ALX) and are actively competing with mediated demand sources to drive increased revenue for app publishers who use MAX. We expect to have all MoPub DSPs integrated this quarter, and Exchange Analytics reporting will be available later this month, along with other key enhancements. “ said AppLovin CEO Adam Foroughi in a statement.

The company plans to release new unified features for developers with its upcoming SDK release on January 6, 2022.

In April 2021, AppLovin had completed the acquisition of mobile measurement company Adjust. 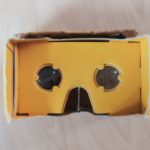