The organization states that Google creates AAID without the user’s consent or knowledge and watchdog argues that EU’s privacy laws require companies to store user data “if it is only allowed with the user’s previous consent”.

“The AAID is very similar to a Tracking ID stored in a browser cookie: Google and third parties (e.g. applications providers) can access this piece of information stored into the users’ device. This can be used to determine the users’ preferences associated with his AAID and to serve relevant advertisement on another app or even on unrelated webpages” noyb says in the complaint.

Noyb compares AAID to a “digital licence plate”. “Every action of the user can be linked to the ‘license plate’ and used to build a rich profile about the user and their preferences,” the complaint states. “Such profile and preferences can later be used to target personalized advertisements, in-app purchases, promotions etc.”

The complaint submitted requests French regulators to (1) order Google to bring the processing operations into conformity with Article 82 and to (2) impose a fine against Google and/or any otherwise involved companies.

Back in February, people familiar with the matter said that Google is exploring a way to limit data collection and cross-app tracking in Android devices. According to the sources, the company is trying to find a way how it can limit this less tricky than Apple’s App Tracking Transparency feature.

On the other hand, Apple is getting prepared to roll out its App Tracking Transparency feature in early spring with iOS 14.5. A couple of weeks ago, France’s competition authority announced that it has rejected the requests of a group of advertisers in France including IAB France, MMAF, SRI and UDECAM to block Apple’s upcoming App Tracking Transparency (ATT) feature which will require advertisers to get user consent to track their data. 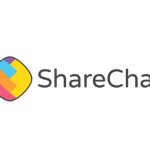 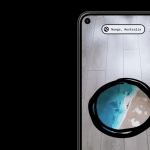