First launched in 2018, SKAdNetwork is Apple’s ad network API where it takes a revolutionary step to advertising attribution by enabling advertisers to measure the success of ad campaigns while maintaining user privacy.

After the announcement of the deprecation of the IDFA with iOS 14, Apple brought SKAdNetwork to a second version where

The intention of SKAdNetwork is providing “only” basic attribution parameters to mobile advertisers to let them make data-based user acquisition decisions while giving iOS users a level of granular control over their personal data. However, for the time being, it has some challenges in terms of performance measurement for mobile advertisers.

Limitations and Challenges of SKAdNetwork

What is Apple’s IDFA?

The Identifier for Advertisers (IDFA) is a unique identifier consisting of a string of 32 digits. It is given by Apple randomly to each iOS device including mobile phones, tablets, and iPads. It was a crucial part of mobile attribution because it identifies, tracks, and measures users’ behavior, app usage, and interaction.

With the release of iOS 14 in September, app developers will be required to ask users for opt-in to permit them to track them for delivering personalized ads. 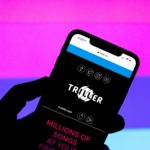 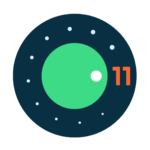