With Simjacker, attackers can access SIM card user’s personal and location informations. More than that, they can also send messages with this mechanism. This mechanism is called ‘’a very serious security vulnerability’’ by many people and claimed to be known for many years.

Published their report on SimJacker, Adaptive Mobile Security announced the number of operators and countries affected by these attacks. Let’s have a look in details.

Countries marked red in the image above are grappling with the danger of SimJacker attacks. The malicious software threatening the customers of 61 mobile operators, also targets people using S@T and wireless internet browser technologies.

Let’s have a look at the countries affected by SimJacker attacks.

Keep following us for the latest mobile marketing news and trends! 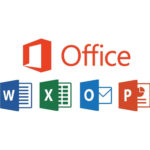