Dealmaking activity in the game industry reached $71 billion in total deal value across 844 transactions in the first 9 months of 2021, up more than 2x as compared to the full year 2020, per Drake Star Partners report.

Netmarkble, ByteDance, and Tencent became the key acquirers of Q3 2021 with a total disclosed value amount of $4.96B.

2021 has also been a year of high-profile IPOs, direct listings and SPACs, with Roblox, AppLovin, Playtika, Huuuge, PlayStudios, Krafton, Unity, and more. In the third quarter of 2021, Krafton completed its IPO raising a record $3.7 billion, Nexters completed its SPAC,  and Doubledown went public on Nasdaq through an IPO.

The investment activity in the first 9 months of 2021 has increased significantly with $9.0B capital raised across 493 deals, according to the report. 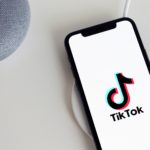