The background check feature will only work with a possible date’s phone number and first name or full name and it will provide details including history of violence or arrest record. The feature, which is expected to come later this year, will be available across all platforms at a later date.

“This is an industry first,” says Match Group safety head Tracey Breeden. “There have not been any background check options in the dating industry.”

Garbo is an online background check platform and Match Group invested in the platform for an undisclosed sum.

Garbo says it collects “public records and reports of violence or abuse, including arrests, convictions, restraining orders, harassment, and other violent crimes,”. The company also says in its website that it accepts manually submitted “police report(s), order(s) of protection / restraining orders, and other legal documents that report abuse, harassment, or other crimes.”

“We recognise corporations can play a key role in helping remove those barriers with technology and true collaboration rooted in action,” Tracey Breeden, Match Group’s Head of Safety and Social Advocacy, said.

The upcoming background checking feature on Tinder will not be free. According to New York Post, Match Group has yet to finalize all the details — including the price — however, the background checker will undergo a trial run on Tinder in the coming months. Once integrated there, it will likely roll out to the company’s other hookup apps, which include OkCupid, Hinge and Match. 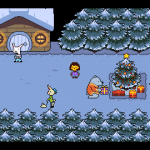 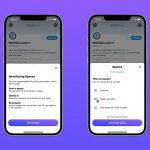