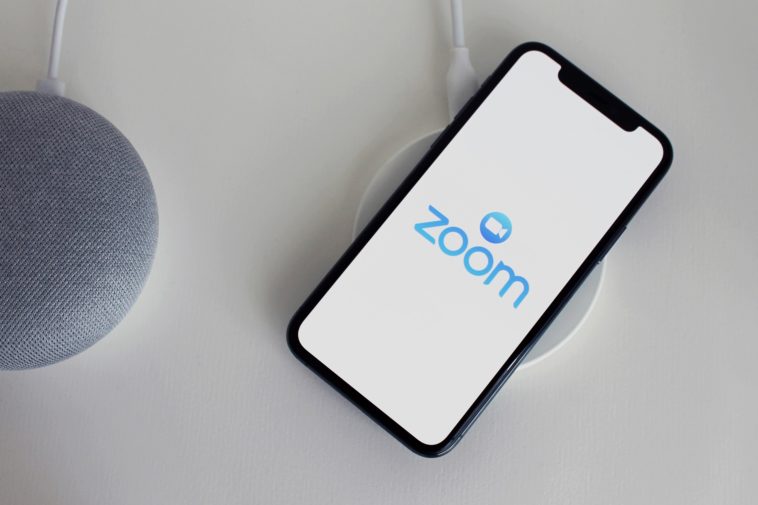 Video chat apps have been downloaded much more in almost all countries due to COVID-19 for both business and social purposes.

According to Priori Data, global downloads of Zoom, Skype, and Houseparty, the well-known video chat apps worldwide, surged by more than 100% in March 2020.

As the demand for video chat apps increases, the number of dating apps in Google Play and App Store has increased accordingly. Finding the best and the safest video chat app(s) has become harder for the Android and iOS users. As Mobile Marketing Reads, we have brought together the 9 best video chat /video call apps in 2021.

Available in iOS, Android, Windows, and Mac, Zoom is one of the most popular video chat apps in Google Play and App Store worldwide. In the first quarter of 2020, Zoom revenue increased by 169% and reached $328.2 million during COVID-19 lockdown. It was downloaded 14 times weekly compared to the last quarter of 2019.

Mostly used for business purposes, Zoom enables users to invite up to 100 people to join a video conference. The Zoom users can also use the app to receive and make phone calls.

The problem with Zoom is its poor security standards that makes the app unsafe for users. If you prefer using Zoom as your video calling app, it is highly recommended to avoid sharing sensitive and important information during the video conference.

Used by millions of people worldwide, Facebook Messenger doesn’t have end-to-end encryption that makes it open to privacy problems. However, as mostly being used for social chats, safety is not the number one priority of Messenger users.

Available for Android, iOS, and Windows 10 Mobile, Skype is among the most downloaded video chat apps worldwide. The Skype app allows users to make video calls with up to 50 people, make group or single chat, make voice calls, and Skype to Skype calls for free.

The mobile app has Skype Credits as a pay-as-you-go option to make calls and send SMS to any number. Via Skype subscription options, users can choose a monthly calling plan to make unlimited or fixed-minute calls. The app allows four hours per call and 100 hours per month.

Google Duo is a free video call app where users can make group calls with up to 12 people, send video and voice messages, photos, and notes to a group, create personalized notes when they can’t call or record a message, and reach video messages with emojis.

The app uses a user’s phone number or a Duo account. In order to use Duo for video calling, the people you want to chat should also have a Duo account.

Whatsapp is a free text and video chat app that enables users to send and receive voice messages, videos, documents, and photos and make group chat with up to four people. It is free to chat with international users.

Whatsapp Messenger app has end-to-end encryption for both instant messaging and video calls.

Available in iOS and Android, Marco Polo is a free text and video chat app allowing users to make unlimited one-to-one or group chats, save videos, and use filters and voice effects.

It is for communicating with friends and family only and the app doesn’t allow users to search for names without phone numbers. The free app doesn’t annoy users with ads in the free plan.

Marco Polo has end-to-end encryption for both instant messaging and video calls.

Discord is a gaming-related voice and video chat app where users can create invite-only channels to talk, create text, voice, and video chats, and bring gaming and music fans together.

Discord doesn’t have end-to-end encryption that protects the app users from data breaches but the app is trying to protect users’ privacy with in-app improvements.

Houseparty is a free video chat app where users can connect and play games like UNO with friends. The app sends notifications to connections when a user is online and ready to chat. It is designed to let users spend time with their friends.

Houseparty reached 50 million users worldwide in April 2020, with 17.2 million new users in tha last 30 days of April. The app was ranked number 1 in all categories in 16 countries in the same period.

Houseparty does not have end-to-end encryption as of today.

Whereby (formerly appear.in) is an alternative video chat app helping people instantly join a video call, share presentations and links during a chat, and save bandwidth with audio-only mode.

Downloaded by more than 1 million people worldwide, Whereby can also be used without downloading the app with a meeting link.