Following hundreds of millions of players on PCs, the excitement of MOBA came to our phones a long time ago.

Mobile Legends and Vainglory are undoubtedly the most popular mobile MOBA games. However, there are many other quality MOBA games you can find for your Android device.

In general, there are advantages that each game is better than the other or disadvantages. If you don’t know which of the hundreds of mobile MOBA games to play, you will definitely have an idea with this content.

Tencent’s Arena Of Valor: 5v5 Arena Game is among the most popular mobile MOBA games for Android, with more than ten million downloads on Google Play.

Having more than three dozen heroes, the popular mobile MOBA game supports co-op multiplayer and ten minutes matches. The game also provides different game modes including one vs one, three vs three, and five vs five.

Arena Of Valor: 5v5 Arena Game has very successful graphics and very high quality sound effects. While the in-game animations are at a high level, the game fluency is also very good. While the dimensions of the game are at average levels, the device requirements are very low. For this reason, the number of devices that will not operate is quite low and it is a very ideal game in this respect.

Wild Rift, the game developed for mobile platforms by Riot Games’ popular and world-famous MOBA game League of Legends, has taken its place among the best mobile moba games for Android.

When you complete the onboarding parts, it asks you to choose one of the 5 champions. After choosing your champion, you can play your game with other players against artificial intelligence. The MOBA game features five vs five combat.

The popular five vs five MOBA game includes more than 100 playable heroes for you to choose from.

In the MOBA game, you can choose the massive PVP action game mode with 5v5, 3v3, 1v1, even custom mode, and other multiplayer battle modes such as auto-chess.

Check out the available jobs in gaming on MMR Jobs

Drawing attention with its similarity to League of Legends, Mobile Legends is very popular with its successful graphics and gameplay, with more than 100 million downloads. The most important feature that distinguishes the game from other mobile MOBA games is definitely its hero pool.

There are positions in Mobile Legends such as assassin, fighter, support, and shooter that you remember from LoL. You start the adventure as soon as you load in the game played in 5v5 against completely real opponents. You can also team up with your friends and fight together. Mobile Legends, which is completely free, includes different packages to speed up your development.

You can embark on a new adventure either alone or three vs three. With more than 1 million downloads, NetEase’s Onmyoji Arena is considered among the best moba games by most players with its graphics and gameplay.

The game, which has a rich heroes pool, has embraced the Japanese aesthetics in both the characters and the game very well.

It was one of the most popular mobile MOBA games of its time. Actually it still is. It has over 10 million downloads in the Google Play Store. However, Gameloft SE, the developer of the game, seems to have emptied the players and the game a little recently. However, it is still playable and has a lot of online players.

In Heroes of Order & Chaos game, where you fight with more than 60 characters among 5v5 or 3v3 game modes, the most played model is to form a team with your friends and fight with other teams. Although the game is very good in terms of graphics and gameplay, perhaps the only problem is that the controls are a little small. 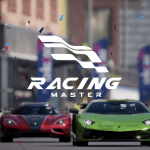 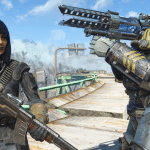