Mobile gaming has seen record in the past few months in terms of downloads, daily and monthly active users, and retention amid COVID-19 lockdown globally. In the third quarter of 2020, weekly mobile game downloads surpassed 1 billion worldwide.

As we still stay at home due to COVID-19, we started to look for new “virtual” ways to spend time with friends and family. At this point, mobile multiplayer games started to attract greater attention than ever before.

Gameloft’s arcade racing video game Asphalt 9: Legends was first released in February 2018. The free-to-download game is offering a world where players can race against AI or human players by unlocking dream cars from renowned car manufacturers including Ferrari, Lamborghini, and Porsche.

The mechanics of the android multiplayer game are simple (maybe a little too simple).The graphic quality and multiplayer experience are above the average. The game allows racing against up to 7 rival players in the online mode. It also enables players to create their own community with a feature called Club. The players can collaborate with their friends for a race to unlock rewards.

The battle royal game provides a free multiplayer experience on Google Play, offering 4v4 team deathmatch and zombie modes. It only offers Erangel, PUBG’s original map and it may have some connection problems causing players to disconnect at the outset of the game.

The mechanics of the game are simple and the controls are as good as the PC version. The quality of effects and graphics, and multiplayer experience are good enough to satisfy.

PUBG is getting prepared for a massive 1.0 update on September 8th.

Selected as the Best Game of 2019 by Google, Call of Duty: Mobile recently entered our lives, in the second half of 2019, by Activision Publishing. The free to download FPS game, offers iconic multiplayer maps and modes (from Call of Duty®: Black Ops and Call of Duty®: Modern Warfare®), fast 5v5 team deathmatch (mostly takes between 5 to 10 minutes), and 100 player Battle Royale battleground. All these features make it one of the best multiplayer games for Android in its own genre.

The battle royale game provides two different control schemes, where users can choose among. We can say that the controls of the game are simple. The quality of effects and graphics, and multiplayer experience are above the average.

Released by MADFINGER Games (Dead Trigger and Shadowgun maker), UNKILLED has been downloaded more than 30 million times so far, being an award-winning FPS action zombie game.

UNKILLED allows players to play with friends to build a zombie army and to war against other armies. The game currently has 150 missions to complete.

The mechanics are simple and the graphic quality and multiplayer experience are above the average.

Downloaded over 1 billion times worldwide, Pokémon GO is Niantic’s award-winning adventure game, presenting a world of Pokemons wherever you are. The players try to catch as many Pokemon as possible to complete their Pokédex. Players caught 1 billion Pokemon and spent $17.5 million during Pokemon Go Fest 2020.

The free-to-download adventure game enables playing with friends to catch Pokemon together during Raid Battles. As of 2020, there are more than 600 species of Pokemon in the augmented reality game. Pokemon Go

In Pokémon Go, the mechanics are simple and the graphic quality and multiplayer experience are above average.

Indeed, Houseparty is not a mobile multiplayer game, the only non-game with the game capabilities on the list. It is a social networking app offering to make Virtual House Party by playing games with friends.

Using this social networking app, you can play games like UNO, Heads Up Chips & Guac with your friends, chat or video chat with them. You can easily invite other friends to a conversation. Houseparty will also send you notifications when your friends are online, or send them when you are.
The social networking app reached more than 50 million users worldwide in April 2020, with 17.2 million new users in the last 30 days of April, ranked number one in all categories in 16 countries.

Supercell’s iconic mobile game Clash of Clans have reached more than 1 billion downloads worldwide. The strategy game allows users to invite friends to start a Clan or join a Clan of fellow players to fight in Clan Wars as a team against other players around the world.

Clash of Clans is a free to download and play game that offers in-app purchases for premium features. The overall graphics quality and mechanics simplicity is above the average. The multiplayer experience is good enough to satisfy.

Released by InnoGames, Forge of Empires is a strategy game allowing players to play with friends to build a city and make it an empire. Allowing travel through the ages from ancient civilizations to the future, Forge of Empires offers both single-player campaigns and competing against other players in the multiplayer mode.

As one of the best multiplayer games for Android, Innersloth’s action game Among Us allows players to play with four to ten players to prep spaceship for departure. In Innersloth’s words: “While everyone is fixing up the ship, no one can talk to maintain anonymity. Once a body is reported, the surviving crew will openly debate who they think The Impostor is. The Impostor’s goal is to pretend that they are a member of the crew. If The Impostor is not voted off, everyone goes back to maintaining the ship until another body is found. If The Impostor is voted off, the crew wins!”

Among Us has pretty simple mechanics and its multiplayer experience is good enough to satisfy.

You can challenge your friends in real-time in this multiplayer soccer game by taking place in 1v1 matches. You can also join a soccer team or create your own team and gain different rewards as you win matches.

You have option to compete in five different soccer leagues to fight against real opponents in challenging soccer matches.

In this Android multiplayer game developed and published by Valve Corporation, you can match with a friend via co-op Duos. It is the first auto chess game, featuring favorite characters from Dota 2, based on the MOBA series.

With its newly released Season One, you can play matches, complete challenges, unlock areas of the City Crawl to level up and earn over 100 rewards including new boards, skins, weather effects, and profile customization.

You can play world famous game Minecraft with up to 10 friends cross-platform and try a free 30-day trial in-app. It, as one of the best multiplayer games for Android, costs $7.49.

The sandbox video game developed by Mojang, allows you both to create and explore your own world by building almost everything with blocks in 3-dimensional voxel graphics and to survive and battle mobs by crafting weapons and armors. 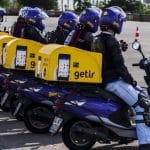