Snap Inc. reported a 66% increase in revenue with $770 million in the period ended March 31. The company reached 280 million in daily active users, an increase of 51 million, or 22% YoY.

According to data compiled by Bloomberg, analysts had predicted on average $744 million in revenue and 275.4 million in DAUs.

The company’s shares also gained around 5% in extended trading.

“We began 2021 by achieving our highest year-over-year revenue and daily active user growth rates in over three years during the quarter, and delivering positive Free Cash Flow for the first time in Snap’s history as a public company,” said Evan Spiegel, CEO. “The strength of our business underscores our relentless focus on product innovation and is a testament to our team’s ability to execute well together over the long term.”

Snap Inc emphasized in the quarter report that for the first time, the majority of its daily active users for the quarter were on the Android version of its app. DAUs increased sequentially and year-over-year on both iOS and Android in each of North America, Europe, and the rest of the world.

The company also reported 125 million monthly active users in the first quarter of 2021.

Back in November, Snapchat launched Spotlight, a tool  bringing together the most liked and shared videos of the platform. it promised to give away $1 million a day to video creators who produce viral content using Spotlight.

“Our ad tech is at parity with the largest players,” Jeremi Gorman, Snap’s chief business officer, told investors on Thursday during the company’s earnings call. “It’s table stakes with goal-based bidding [and] with pixel-based conversions – and we’re going to continue to invest there.” 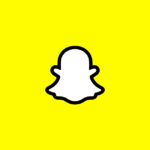