Snap Inc today announced on Monday that it is launching a new game inside of Snapchat called Bitmoji Paint.

Here’s how it works:

“Our goal with Bitmoji has always been to be the world’s avatar, to give people a digital version of themselves that represents them and lets them be themselves online,” said Ba Blackstock, co-founder of Bitmoji. “And so now with games, it’s also letting people play together in a really new and fun and exciting way.”

Snap also introduced Snap Tokens to let Android users customize the Bitmoji Paint experience. “Snap Tokens can be used toward roller skates or hoverboards to move around the game more quickly, or things like an ink painter or a paint roller to make larger creations.”

“A lot of the playability in the game is things like simple scribbles,” John Imah, head of games and entertainment partnerships at Snap, said in a statement. “You can send fun messages, and also even [make] giant landscapes, all these things are all possible in Bitmoji Paint.” 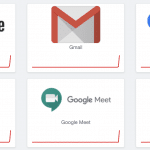 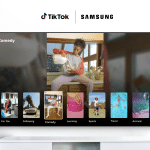