Last week, a hint was found in the codes of Twitter that the live broadcast app Periscope will be shut down. This hint was showing the page where Twitter would redirect users for more information after announcing the shutdown of Periscope.

The Twitter-owned Periscoped announced that it made the decision to remove Periscope from the app stores by March 2021.

“The truth is that the Periscope app is in an unsustainable maintenance-mode state, and has been for a while. Over the past couple of years, we’ve seen declining usage and know that the cost to support the app will only continue to go up over time. Leaving it in its current state isn’t doing right by the current and former Periscope community or by Twitter.” the company said in a statement.

With the release of the next app update, users will not be able to create a new account and by March 2021 Periscope will shut down permanently. Broadcasts that were shared to Twitter will live on as replays, and all broadcasters will be able to download an archive of their Periscope broadcasts and data before the app is removed in March 2021.

“The capabilities and ethos of the Periscope team and infrastructure already permeate Twitter, and we’re confident that live video still has the potential of seeing an even wider audience within the Twitter product.” 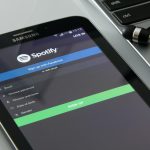