In draft papers submitted to the country’s market regulator by Paytm’s parent company, One97 Communications, it was stated that Paytm is planning to raise up to 166 billion rupees ($2.22 billion) in an IPO.

Backed by big investors such as Alibaba, Berkshire Hathaway, and SoftBank, Paytm said it will issue $1.1 billion worth of new shares and an offer for sale of another $1.1 billion by existing shareholders. According to sources, the offering will value the company at up to $25 billion.

It is also in talks to potentially undertake a pre-IPO placement of 20 billion rupees, which would reduce the size of new shares issued.

Paytm, which was launched in 2009 to help users make digital payments easily via their phones, has expanded its service area further in the last decade. The company today provides a payment gateway, e-commerce marketplace, ticket booking service, and also sells insurance and digital gold.

In India, which is currently a very important center for mobile payment technologies, big companies such as Google, Walmart, and Facebook also offer mobile payment solutions. In this context, it is important that Paytm is the market leader in many categories. Paytm today brings together over 333 million users and over 21 million merchants on its platform.

For the year ended March 31, One97 Communications reported a loss of 16.96 billion rupees. Revenue fell by about 15% to 28.02 billion rupees, according to the prospectus.

JPMorgan Chase, Morgan Stanley, ICICI Securities, Goldman Sachs, Axis Capital, Citi and HDFC Bank are advising on Paytm’s IPO, which will be one of the biggest stock market listings in India.

In addition, the Noida-based company, owned by One97 Communications Ltd, said it will use the proceeds of the IPO to strengthen the payments ecosystem and for new business ventures and acquisitions. 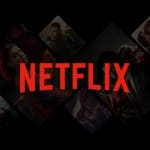