Apple is reportedly sending invitation emails to iOS, macOS and iPadOS developers to for its upcoming Building Great Widget Experiences event which will take place on February 1, 2021.

The event will be conducted online because of the ongoing Coronavirus pandemic and developers from all around the world will be able to join the event where Apple will provide them with insights into building app widgets which the tech giant launched with iOS 14.

”Useful and delightful, widgets let you elevate key content from your app and display it where users can see it at a glance on iPhone, iPad, and Mac. They can also help users personalize their Home screens in unique ways. Join us for an in-depth look at building great widget experiences,” Apple says in the emails sent to developers.

As reported by 9to5Mac, Apple didn’t reveal what exactly will be talked about at the Building Great Experiences event. However, Apple says that the developers will be able to ask questions during the online event. It’s not clear yet if developers who haven’t received an invitation email will be able to join the event.

Meanwhile, the company is also reportedly sending similar emails to developers for the ‘’Building Great App Clip Experiences’’ and ‘’Bring Your iPad Apps to the Mac’’ events.

Have you received the invitation email? 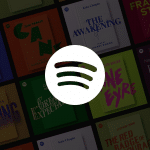 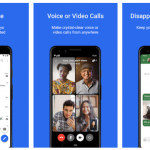